A WHALE OF A STORY – THE HISTORY OF WHALE WHARF 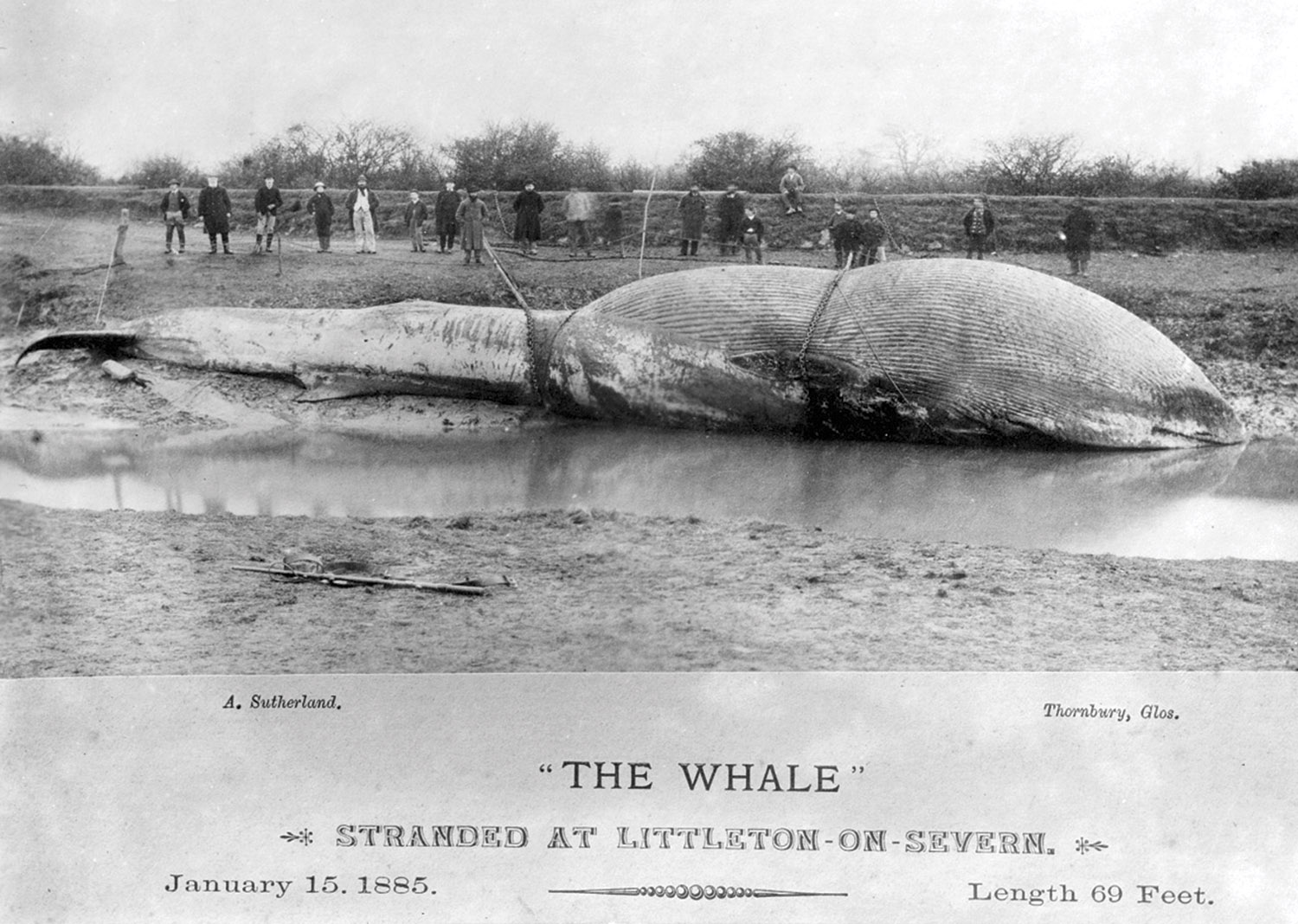 Whale Wharf took its name from a remarkable event that took place in 1885.

In January of that year a 68ft whale was stranded near the brick and tile works on the bank of the Severn near Littleton. This was a remarkable occurrence and people travelled from far and wide to see the unfortunate creature. The Midland Railway even put on special trains to Thornbury and it is estimated that more than 20,000 people visited the site which immediately became known as Whale Wharf.

After the whale had been on the foreshore for a fortnight it had become somewhat ripe, a reporter for the Dursley Gazette recording that: “Those who stood to the leeward, and into whose faces the spicy breeze from the monster blew, held their noses and manifested in a very demonstrative manner that their olfactory organs were in no way delightfully tickled!”

Whale Wharf has a long history of Severnside activity stretching back almost 150 years. Bricks and tiles were made on the site for many years, taking advantage of the river for easy shipping of the goods, but in more recent times Whale Wharf has hosted motor engineering businesses, boat building and repairs, paint spraying, vacuum plant manufacture, machine shops, furniture manufacture, double glazing manufacture and even a garden centre.

The transition to ‘clean’ activities came in the early 1980s with the establishment of micro-electronics laboratories and offices, and today the site is being further improved and developed to offer outstanding serviced offices in a beautiful location with excellent transport connections.